Why Is "Religion" a Bad Word? 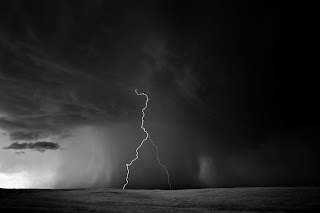 It's 1:15am and I just woke up from an insane series of nightmares. The weather is picking up outside and I have no desire to go back to sleep right now. So, I'm going to write this blog post - I will edit it in the morning and then post it.

Lately there seems to be a lot going around the Internet and in all sorts of circles about the differences between "religion" and "Christianity." And, while there are some parts of these poems, videos and books that I appreciate, the message is really starting to bother me.

You see, the "religion" they all seem to be so against is what my faith is founded up. The rules, the regulations, the sacrifices that seem to cause issue with people are the very foundations of who we are and what we gave.  If you look up religion in a dictionary, do you know what they first definition is? "the service and worship of God." That sounds like a pretty good thing to me, you know?

Now, don't get me wrong. I know there is a lot wrong in the world today. I know that there are valid issues with "religion" and valid concerns, but I think instead of making those a constant topic of choice, we need to evaluate what the real issue with religion is for so many people, especially in my generation.  I've been doing some reading, watching those YouTube videos and thinking about this - and the issues that seem to come up again and again are that religion is about rules and Christianity is about relationship.

Maybe it's because I like rules and order, or maybe it's because I'm not reading into it the right way - but I don't think rules are a bad thing, even when it comes to faith. Jesus did say, "keep my commands." Isn't that a lot like saying "follow my rules?" And sure, there are always going to be people who use those rules to condemn and judge. But, there are also people who can use those rules to be freeing and helpful.

When it comes down to it, here's the thing. Religion isn't bad. It's what people do in the name of religion that can be bad. And, the same thing can be said for Christianity. Because I've seen and heard of some abhorrent things being done by people claiming they are Christians doing Jesus' work in the world. And that religious institution that everyone seems to want to hate? It's what brought me to God, gave me a purpose and helps me make decisions on a daily basis. That institution helped me find a relationship with Jesus. That institution is where I go when I'm hurting and need help. They help me find my place in a dark world.

I think it's time for us Christians to stop throwing the word religion around like it's a bad word. It's time we stop building walls between us and them. It's time we start focusing on what we can do together instead of trying to set ourselves apart. Too many times that relationship instead of religion argument is being used as an excuse for doing what I want when I want and for picking and choosing the parts of religion that I think apply to me.

Maybe I'm over thinking it. It is almost 2am. But I am also tired of the arguments and tired of the discord and tired of people saying I have to choose one camp or the other. I have a relationship with Jesus. I am part of a religion that seeks to do a lot of good in the world and bring as many people to Him as it can. I can be part of both.